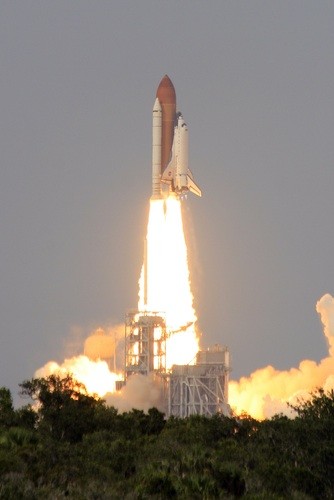 New advancements in All-Laser Custom LASIK make the procedure so safe that it has been approved for astronauts. In 2007, after evaluating rigorous military testing and clinical trials involving LASIK, the National Aeronautics and Space Agency (NASA) approved All-Laser LASIK with wavefront technology and Intralase® for its pilots and astronauts. An evaluation of 100 military personnel who underwent custom LASIK found that 95% achieved 20/20 vision or better. In addition, 89% of pilots participating in the studies said that their ability to land on an aircraft carrier was moderately to significantly better following LASIK.

The All-Laser Custom LASIK procedure has been approved for other members of the military, including Air Force pilots and others who face conditions where keen eyesight and precision is critical.

According to Steven Schallhorn, M.D., retired captain of the U.S. Navy, “NASA’s approval is further evidence that today’s LASIK exceeds all established standards of safety and effectiveness.” Even under intense conditions administered by the military, LASIK was able to endure even the most “extreme rigors of warfare and flight.” NASA had to be absolutely satisfied that LASIK would not only offer astronauts perfect 20/20 vision, but also that there was no risk of future complications developing. Patients also had to be able to withstand extreme conditions such as high altitude, dry air, and strong wind blasts.

Dr. Schallhorn cautions that undergoing any kind of surgical procedure will carry some risks, “but with this exceptional track record, the average consumer has nothing to fear from LASIK.”

NASA’s approval of the procedure is also good news for those who dream of becoming a pilot, or even an astronaut, and fear that poor eyesight may stand in the way.

For more on NASA’s approval of LASIK, please read NASA Approves Advanced LASIK for Use on Astronauts.