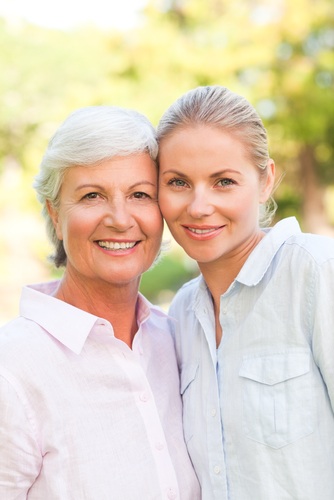 Patients occasionally ask us about intraocular lens implants, or IOLs, as a means of vision correction. Although helpful for patients who experience visual difficulties due to cataracts, IOLs are typically not recommended for people whose main vision problems are caused by nearsightedness, farsightedness, or astigmatism.

What is an IOL?

An IOL (intraocular lens) is an artificial lens that replaces a patient’s natural lens during cataract surgery. A lens replacement IOL (pseudophakic IOL) is used in these instances. Sometimes, however, a surgeon will leave the natural clear lens inside the eye and place an IOL on top (phakic IOL). Unfortunately, lens replacement IOLs and phakic IOLs are still in their infancy. There is much that still needs to be learned about these lenses, and their possible complications are more significant than LASIK surgery.

Traditionally, IOLs only correct for distance vision, which means most patients still require reading glasses for up-close and intermediate vision. Premium, or multifocal IOLs, claim to correct more than just distance vision, allowing patients to see both distance and up-close after surgery. Some surgeons are now recommending premium IOLs to correct presbyopia – a natural condition that usually occurs in your 40s and 50s – where the eye cannot focus on near objects, especially fine print. However, there are risks associated with premium IOLs that patients considering the procedure need to be aware of. And the reality is that many patients with premium or multifocal IOLs will still need part-time glasses after IOL surgery.

Risks and Complications of IOLs

Because it is a much more invasive procedure than LASIK surgery, there are several major risks associated with IOL surgery, including infection, bleeding, and even retinal detachment. Minor risks after lens implantation include the sensation of a foreign body in the eye, persistent dryness, and night vision problems such as glare and halos. And even with multifocal IOLs, many patients still require occasional distance, intermediate or reading glasses to fine-tune their vision. In addition, recent studies comparing night vision results of LASIK patients versus premium IOL patients report that LASIK patients were very satisfied, while premium IOL patients were generally dissatisfied with their night vision due to difficulties with glare and halos.

While no surgery is risk-free, Understanding LASIK is not subject to the same major risks as IOL surgery. Because LASIK is performed on the outer part of the eye (the cornea), patients do not need to be concerned about most of the problems that could occur when surgery is performed inside the eye such as with IOL surgery. Moreover, LASIK patients can generally resume their normal activities the very next day with clear, crisp vision. Cost may also play a major factor as premium IOL surgery costs about twice as much as LASIK surgery.